The Vblog we published in 2016 to inform our fans and sponsors.... 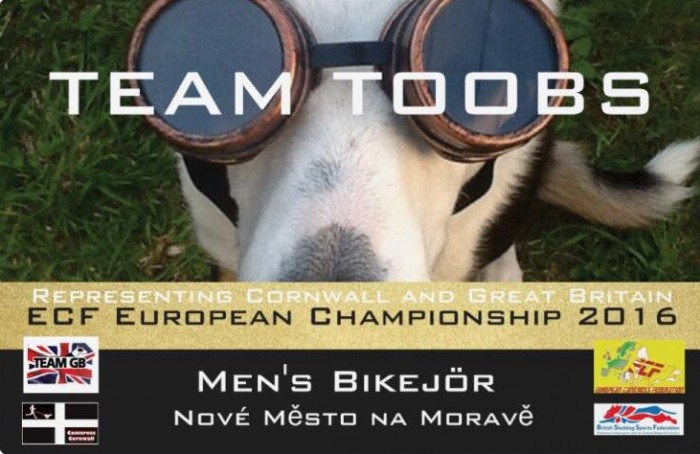 "toobs and Wayne set off like mad dogs from the blocks at 09:32:30, but the first "Little Impossible" hill was trying to hide just around the corner. toobs and her relatively small legs and body, suits the faster stretches, and our team was overtaken by another team, on the very steep uphill. Team toobs (Tt) took back that place later when toobs took us into HER zone, on the less severe climbs and all of the descents.

When the Team hit the "Great Impossible" hill, Wayne was not able to maintain sufficient speed to ride up it and was overtaken by two teams being pulled by hounds. Again, toobs took control of the flatter sections after this hill, and three times Tt overtook other dog teams, only to be retaken again on the steeper sections. The race to the Finish Line over the last half km was very exciting, as Tt gained all the time on the team ahead right up to the line, and toobs was still flying.

Our time of 19:22.1, which is nearly a minute slower than practice, may well be due to the Bronchial Infection in Wayne which was diagnosed after the race by the two Championship Medics. The clear frustration of toobs can be seen throughout the steep sections when Wayne was unable to breathe cleanly enough to maintain sufficient oxygen for the energy required - She repeatedly turns and barks in annoyance with full knowledge that the months of training runs had produced much faster climbs than Wayne was clearly offering.

Our position after Day One in the ECF European Championship 2016 is 18th, but we intend to grab at least another place tomorrow.

Instead of a random computer-selected race order, we set off on Sunday in order of times set today. This means that the team 30 seconds in front of you is your closest competitor. I intend to catch them, bronchitis or no bronchitis!

The on-team video of the run, with wheezing accompaniment, can be viewed by clicking the frame below.

"Now that I knew that my lungs and pipes would not work properly, I set off at a gentler pace on Day Two, to eke out as much oxygen from my body as I could before demanding too much of my lungs, too quickly.

We had a difficult time, again, on the steepest sections, but this time were taken by only one team, whom we kept taking back on the flatter sections. We took another place as we accelerated past the next team ahead, and we had a great time back and forth with one team and finally ended up just behind them on the finishing line, but they had set off 30 seconds before us, so we gained their position, too.
Again, it was clear that we struggled with my health and the steepest climbs, but proved toobs' excellence in the flatter sections.
We moved up three places to 15th overall. Which is not so bad when you consider terrain, Bronchitis, and that we are now officially the 15th fastest in the whole of Europe!"

VBlog Day Minus One

The Queue for the dog team Vets 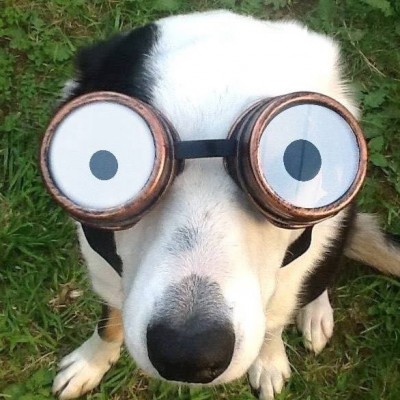 Thanks to Glenn Booth for this!

The powerhouse behind the Underdogs is toobs - spelled with a small 't' because it is more streamlined.

She is truly the most toobular, streamlined dog to ever wear glasses, and accidentally won her first ever race during the Spring of 2016 in the Cornish National event.

She has Border Collie parents, but we think Concorde got in there somewhere. She is now eleven years old.

Her pedigree name is Joanah Hen Booth, and she lives on a 37ft Bermudan Cutter, but her tubular shape and bendy body granted her the race-name "toobs". 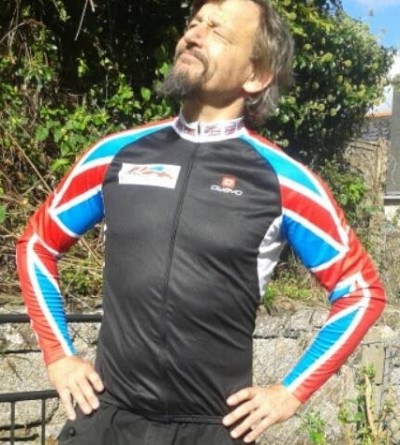 The Parade of Competitors
Made with SimDif
Ian Wayne Booth